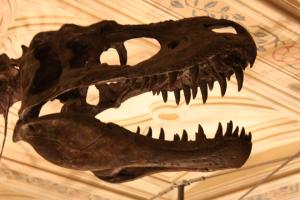 Welcome to this week’s Sunday Science, with the wheat genome, the first RNAi-based therapy, bee-unfriendly pesticides, a sensible diet, and phantom smells…

The wheat genome has finally been comprehensively sequenced and annotated, which should give a big boost to research into improving a crop that provides a fifth of all human calories. Accessible article here. It’s taken this long because the genome is huge: wheat is polyploid, meaning it doubled its chromosomes more than once, partly due to different grasses hybridising during its ancestry. Teasing out the genes responsible for various factors such as grain size will be a complex task too, but there’s insights already. The original articles are published in Science (generally paywalled, you may find them here and here). This week’s featured image is from one of these papers:

Seeds, or grains, are what counts with respect to wheat yields (left panel), but all parts of the plant contribute to crop performance. With complete access to the ordered sequence of all 21 wheat chromosomes, the context of regulatory sequences, and the interaction network of expressed genes—all shown here as a circular plot (right panel) with concentric tracks for diverse aspects of wheat genome composition—breeders and researchers now have the ability to rewrite the story of wheat crop improvement. Details on value ranges underlying the concentric heatmaps of the right panel are provided in the full article online.

Nearly twenty years after researchers first sought to make viable treatments, the first RNA interference-based treatment has been approved. RNAi is a technique that uses small RNA molecules to interfere and silence the “messenger” RNA molecules that are transcribed from active genes in the intermediate stage to making a protein. It’s based on a natural process that goes on in cells. RNA is a much more unstable compound than DNA, however, and there have been lots of technical hurdles to overcome to deliver an RNAi based drug that gets to the right place and isn’t degraded before it reaches its target. The drug, patisiran, is designed to silence the faulty gene causing a rare disease called hereditary transthyretin amyloidosis. In that illness, mutated forms of the protein transthyretin accumulate in the body, sometimes impairing heart and nerve function. The researchers focussed on this disease because the mutated protein tends to accumulate in the liver, and the delivery method they came up with meant that the RNAi tends to accumulate there too. Patients showed significant improvements on the drug. Sure, there’s still obstacles to overcome to start applying this technique to other diseases, but it’s a first important success.

There’s rightly been a lot in the research and the press about how neonicotinoid pesticides harm bees. This is why Europe has decided to implement a total ban from the end of this year. However, people should be carefully about which alternatives they choose. Another type of pesticide, sulfoxafor, has been found to still harm bumblebees.

In news that really shouldn’t be that surprising, but probably is due to the constant contradictory information the press puts out about diets: eating a “moderate” amount of carbohydrates is best for your health. So a high-carb diet is not so good (particularly if those carbs are mostly refined sugars) and a low-carb diet is not so good (particularly if it’s high animal fat). You’re best off eating something in the middle, ideally with those carbs mostly in the form of unrefined starchy foods (so brown rice and pasta, veg, as opposed to chocolate etc – I know, earth-shattering, right?). Probably the best news is that moderation is much more achievable than an extreme one way or the other. Original study, published in the Lancet, here.

Do you ever smell things that aren’t there? You’re not as alone as you think you are. Apparently as many as 1 in 15 Americans over the age of 40 smell “phantom odours”. Yeh, it sounds kind of funny, but it can miserable for people, particularly if those odours are not pleasant. I got this during pregnancy, oddly enough (also apparently not that uncommon). One utterly miserable week the smell of diesel followed me everywhere, and I remember being baffled at an aquarium that smelt not of fish, but sausages! Fortunately that was temporary. This is the first study at a national level, so hopefully it will stimulate further research into how this phenomenon happens. Paywalled original study is here.

And finally, a little video about the Parker solar probe, which is going to get as close as possible to the surface of the Sun in the name of research.